Discover the charm of this stunning Swiss city, nestling on Lake Lugano, as we accompany you through its streets, roads and squares. Come with us and discover the prettiest areas, the parks, churches and elegant shops. 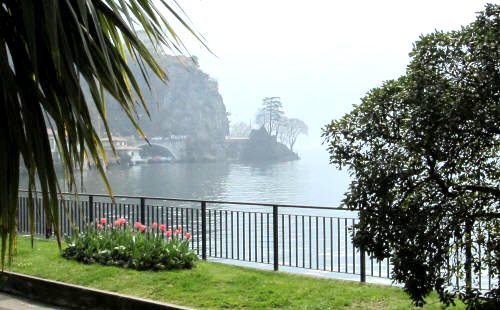 The urban layout of Lugano follows that of the mediaeval village. During the Middle Ages, Piazza Grande (now Piazza della Riforma), was the perfect meeting place (and it remains so today), work place and commercial centre. Almost all commerce took place on the Riva della Legna and Riva del Grano (now Piazza Rezzonico), only moving in the direction of the railway towards the end of the 19th century.

Lugano was a very lively city even as far back as the 16th century, as shown by the Fiera Grossa fair that was held every year, and which was already famous throughout Europe in the early 1500s. From the 16th century until the early 1900s, it was easy to identify the four main contradas, which converge on Piazza della Riforma. In the north we have the Cioccaro contrada, which arrives as far as the foot of the hill, to the west is Nassa, as far as the church of Santa Maria degli Angioli, to the east is Verla, which goes as far as Piazza S. Antonio and lastly, Canova, as far as Piazza Castello, once the site of a Visconti castle.

The old village was surrounded by a wall with seven gates.

In 1874, the railway and its station were built. This made it possible to move the centre of commerce from the lake to the hill, which was linked to the basin by funicular railway. The funicular is still used for moving about the city.

Different architectural schools have contributed to transforming Lugano into what it is today; a capital of modern architecture. Inside the green area of Lugano, Parco Ciani, is the Cantonale library (1940) by architect Rino Tami, pioneer of Ticinese architecture. Many architects have contributed to making Lugano the way we see it today: Marco Botta is the best known, then we have Aurelio Galfetti, Livio Bacchini, Tita Carloni, Peppo Brivio, Luigi Snozzi and many others.

Things to see in Lugano

The centre of Lugano is relatively small and therefore, we recommend visiting it on foot, even if there is no lack of excellent public transport services, such as buses, funicular rail and ferries. 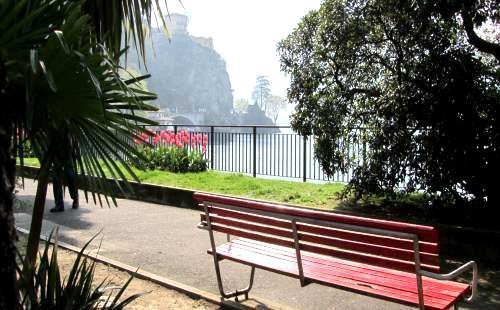 We can start this guided tour of the beauty spots of Lugano, starting along the lakefront. This is very popular with tourists on account of the surroundings and the modern sculptures placed along the way. The lakefront is some 2 km in length, along the large gulf of Lugano, from Paradiso and as far as the Lido. Taking this walk at sunset means being able to enjoy unforgettable views over the lake and the bay. La Paradiso, at the foot of Mount San Salvatore has large public gardens going down as far as the lake. Also on this route is one of the oldest and largest hotels in Lugano, the majestic Hotel Splendide Royal as well as Villa Malpensata, home to the Lugano’s Museum of Modern Art. The museum often holds international exhibitions and it is a destination that modern art enthusiasts mustn’t miss.

Further on, the walk widens to include the Belvedere Garden. At the end of the Belvedere Garden, you can see the beautiful front of the church of Santa Maria degli Angioli. Proceeding, you will come to the Centrale and Giardino landing stages, where the boat services depart. Opposite is the new Casino Lugano. At this point, you are in front of Parco Ciani, close to a monument to William Tell, built by Ticinese sculptor, Vincenzo Vela in 1852.

In the summer you can hire motorboats or pedaloes. 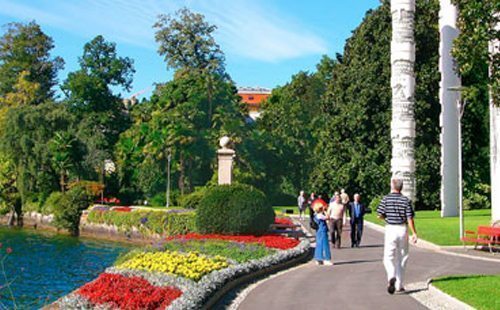 From the lakefront, you can enter the large Parco Ciani (public park). Parco Ciani is a large green heart covering 60,000 sq m with flower beds, centuries-old trees, plants of all types and it is one of the most popular spots for locals to walk in. Inside the park is the Museum of Fine Arts, the Cantonal Library, the Natural History Museum and various schools. 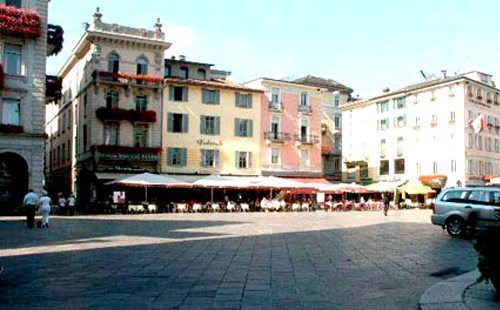 Piazza della Riforma is simply known as “La Piazza”, meeting point between the heart of Lugano and the lakefront walk.